When Kent, Surrey & Sussex Air Ambulance was called to Caterham earlier this year, it took the helicopter just 18 minutes to arrive – a journey that would have taken almost an hour by road.

A 33-year-old male suffered a fractured dislocation of his ankle during a rugby match at Queens Park and was taken to the local A&E at East Surrey Hospital.

This was just one of more than 845 calls attended by both Kent, Surrey and Sussex Air Ambulance so far this year.

Based at Dunsfold Park near Guildford and Marden near Maidstone, the two Air Ambulances provide a Helicopter Emergency Medical Service (HEMS) for everyone living, working and travelling in the county.

The highly-skilled specialist doctor and critical care paramedic on board can carry out advanced medical procedures at the scene.

The helicopter flies fast, direct and un-hindered and can reach the furthest part of the county within 20 minutes, saving vital time which can mean the difference between life and death.

But it is a common misconception that the service is funded by the government when in fact it relies almost entirely on public donations and received no National Lottery funding.

On average both helicopters fly four to six missions a day during daylight hours, 365 days a year.

Emergency calls come through the South East Coast Ambulance Service (SECAmb) headquarters at Banstead where they are monitored by one of the helicopter crew on the dispatch desk.

The Air Ambulance effectively takes to the scene the expertise and equipment that would normally be found only in the resuscitation of an A&E department.

More than 40 per cent of calls are to road traffic collisions but other call-outs include cardiac arrests, falls from height and industrial and farm accidents.

The helicopter is often called to remote and inaccessible areas such as the North Downs to rescue fallen horse riders, mountain bike riders and walkers.

It can land on motorways, car parks, golf courses, sports fields and even gardens – as long as it’s big enough and safe to do so.

It costs £5million a year to keep both helicopters flying and each call-out costs about £2,500 so fundraising is vital.

Volunteers are the lifeblood of the organisation and can help out in many ways including placing and emptying collection tins and attending cheque presentations.

They can also give talks about the work of the Air Ambulance, holding collections at supermarkets and by selling stock and merchandise at fundraising events.

The many and varied fundraising events that people do for the charity include running the London Marathon, climbing Mount Kilimanjaro, bike rides, golf days and sponsored slims.

Local businesses, clubs, societies and other organisations can also nominate Surrey Air Ambulance as their Charity of the Year.

If you would like to hold a fundraising event, book a talk, become a volunteer or for more information please call 01622 833833 or visit www.kssairambulance.org.uk. 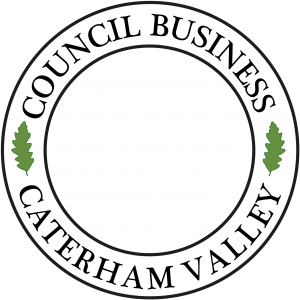